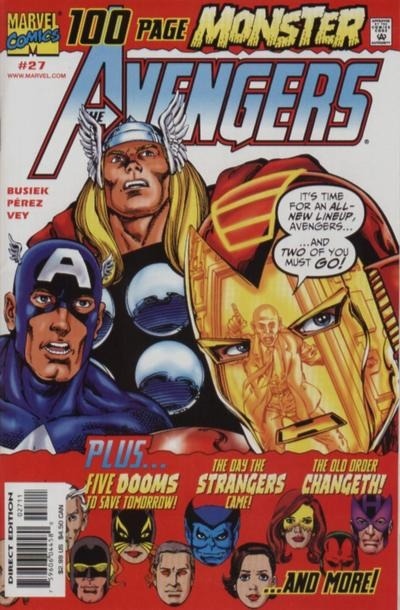 This is one of the best single issues I’ve edited not so much because of the story content–though it is a good story, and one which certainly stirred up controversy among AVENGERS readers–but instead because of the format.

I make no bones about it: I stole the idea for the 100-Page Monster format from the DC 100-Page Super-Spectaculars of the 1970s–in fact, I wish that DC would similarly bring that format back on some of their books. But I think this is a great format, and the best bargain in comics right now–64 pages of story material for an extra buck. You’d pay more than that for an annual.

Of course, there were fans who complained about being forced to buy reprints they didn’t want, which is why we won’t be upgrading a given series to Monster status more than once a year. And, frankly, I feel that we’re giving much more than a dollar’s extra entertainment value.