I don’t remember at all what prompted it at this late date, but for some reason my family wound up going to the far-off mall that housed the Heroes World store once again. Possibly my father needed to get something he’d left at his office, which was in the same complex. Or maybe I just badgered everybody into making the trip. Either way, it gave me another crack at buying some vintage comic books. Already by the time of this second trip, the Heroes World was beginning to change. The wide-ranging selection of fanzines and paraphernalia was already being winnowed down a bit, and greater emphasis had been put on T-Shirts and apparel–items while in all likelihood sold much better to the Levittown Mall’s non-comic buying customer base. But still, this was the only game in town for me in terms of back issues, and so I took advantage of it, to whatever extent I was able to with my limited funds.

First and foremost, I had become aware by this point that before it had been renamed MARVEL’S GREATEST COMICS, the regular reprint title for Fantastic Four stories had been known as MARVEL COLLECTORS’ ITEM CLASSICS. There were any number of early FF issues that I wanted to read, their covers glimpsed in the pages of the Olshevsky FANTASTIC FOUR INDEX. I believe this issue, #6, was the earliest one they had, and so it was the one I selected. It contained four vintage Marvel stories, and was an incredible bargain for the two or three dollars I spent on it. As was my wont, while I loved the comics of the present day, I really liked the aesthetic of the comics of the 1960s–and the early Marvel books were something of an education in and of themselves. This was the mainline mother lode of my understanding of the Marvel approach and style, and the expansion of my love for the work of Stan Lee, Jack Kirby and Steve Ditko. I also really loved thick, oversized comics, which MCIC had been.

The first story in the issue was a reprint of FANTASTIC FOUR #9, and it was a corker! Fred Hembeck once described this story as being possibly the most Mort Weisenger-esque of all of the early Marvel tales, and reading it, he had a point. The plot concerns the Fantastic Four losing all of their money as Reed makes some bad investments in the stock market. The FF are bankrupt and on the verge of dissolving their partnership. The only way they can make the money to keep functioning as a team is to accept the offer from S-M Studios to star in a movie based on their exploits. Except that the head of S-M Studios is actually their old nemesis the Sub-Mariner! He’s used wealth gathered at the bottom of the ocean to purchase the movie company, and he proceeds to star the FF members in filmed scenes designed to destroy them, so that he can claim Sue Storm for his bride. The FF win through, of course, defeating a myriad of perils, and in the end the Sub-Mariner relents, allows the film to be completed, and the quartet is back in business again, and nationwide stars to boot. It’s an extremely silly story-but very entertaining. This is especially true with the Thing, who was still in his extremely gruff and almost hostile early phase. He really felt unpredictable in these formative tales.

Next up came an early adventure of Iron Man, still sporting his cumbersome original golden armor. I hadn’t quite warmed to the Golden Avenger quite yet, but this story, for all of its foolishness, helped get me a little bit closer. It was dialogued by Jack Kirby’s sometimes-commuting buddy Robert Bernstein, so it didn’t quite have the dialogue snap of a Stan story. But it was visually inventive as all Kirby tales were, The crux of the matter was that Tony Stark and his weapons laboratory were pulled deep under the surface of the Earth by Kala, the seemingly-immortal queen of what lies below ground. Apparently, she had never tripped over the Mole Man in all her years running the place. Stark is at a disadvantage as he’s been separated from his armor, so he’s got to build a replacement suit on the fly, all while making Kala thing that he’s devising weapons for her attack on the surface world. Once he’s able to do that, Iron Man tears through Kala’s forces and gets her to relent, revealing to her that if she were to come to the surface, her immortality would waver and she’d age into an old hag. Inker Don Heck is able to maintain the power of Kirby’s pencils while adding a nice romantic sheen to everything. They were a good combination.

Next up came a short Doctor Strange story illustrated by Steve Ditko. Strange was another character who I hadn’t quite clicked to yet, but this story went a long way with accomplishing that. It helped that, for all that it dealt with magic and the supernatural, the specifics of the story seemed tangible enough. It didn’t feel like anybody could just pull whatever spell out of their pocket at any given minute to accomplish what they needed to do, a difficulty I had with some magical stories. Here, Strange matches wits once again with his recurring foe Nightmare, the lord of the realm of the unconscious. Nightmare is causing people to fall into comas, and the police seek out Strange’s aid. In his astral form, Doc enters Nightmare’s realm in search of his captives and has to overcome a series of obstacles to get to them and rescue them. It was only eight pages long, but Ditko’s depictions of the world of nightmares were singular and really creepy-looking, and the fact that it was so tightly told a tale means that the premise didn’t wear out its welcome. I liked it a great deal.

The final story in the book was a tale of the Incredible Hulk, from his short-lived solo title. And wouldn’t you know it, the plot concerns Tyrannus, an immortal conqueror from beneath the surface of the Earth, plotting to invade the surface world with his hordes of subterraneans, and running afoul of the Hulk and his friends. These underground conquerors were thoroughly plentiful in these early Marvel stories–I want to make a joke about them having a convention, but of course Roy Thomas eventually did that in a story! Of greater interest to me was the manner in which the Hulk was depicted in this saga. He wasn’t a dumb, childlike brute but rather an intelligent and savage menace–in other words, more like the early Thing, which was appealing to me.

Tyrannus captures Betty Ross, hoping to use her as leverage to get her father Thunderbolt Ross to stand down when Tyrannus’ legions make their move. When the Hulk and Rick Jones venture into the Earth to try to rescue her, Tyrannus uses Betty as a shield, coercing the green behemoth to fight in his arena for his amusement, and to carry out physical labor as a slave. But it’s only a matter of time before the Hulk and Rick gain the upper hand, and the Hulk brings the whole place down atop Tyrannus like a modern day Samson. That, of course, wouldn’t be the last we’d see of the ageless underground pseudo-Roman over the years–he’d go on to be a regular recurring menace across the Marvel line (even if he never was quite able to eclipse the Mole Man.)

Because the book was so packed with material, there wasn’t any letters page or vintage Bullpen Bulletins page to be found. But there was this one house ad for that year’s Marvel Annuals, which was intriguing to me. I had already read the Fantastic Four story when it had been reprinted a couple of months earlier, but the cover was still exciting to see–as was the cover to the Spider-Man Annual, which also featured the Hulk and the Avengers. Right there, you began to get a sense that one of the appeals of the Marvel line was the fact that the characters all cross-pollinated each others’ strips a lot more casually and a lot more often than I had been used to in the DC books I had been reading. 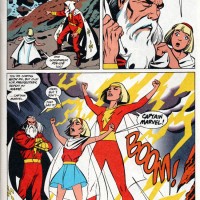 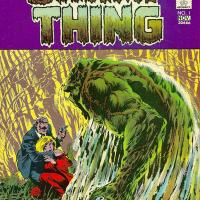 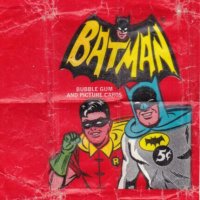 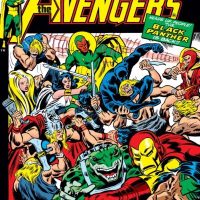 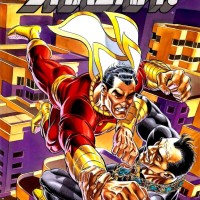 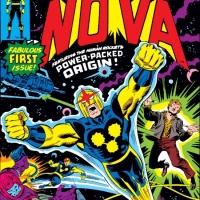