There were a bunch of different moments during Jack Kirby’s final year at Marvel any one of which might have been the straw that broke the camel’s back in terms of his continuing employment with the firm. By this point, Kirby had already failed to come to an agreement with Marvel’s new owners concerning what he had contributed to Marvel’s success over the years–they were of the opinion that Stan Lee had done it all, that Kirby had been no more than somebody who drew what Lee had told him to draw, which was far from the truth. In addition, there were other slights, other problems: being taken off of THOR so that he could hopefully save the SILVER SURFER title that had been launched without his knowledge or involvement, his Origin of Galactus storyline having been edited and reworked into the ground. And then, there was what happened to this tale, a short mystery story that ended up seeing print in CHAMBER OF DARKNESS #4. At this time, with sales on super hero titles diminishing across the industry, publishers were looking for the next hot trend, and some of them thought mystery/horror might be it. Accordingly, Marvel launched a pair of suspense titles, each one featuring multiple short stories written and drawn by assorted folks. One of those slated to contribute (presumably to the first issue, given his prominence) was Jack Kirby.

The idea here, it seems, is that Lee and Kirby would kick off CHAMBER OF DARKNESS with a story that they would work on together–Kirby would plot and draw it and Lee would script it, as they had been doing on FANTASTIC FOUR and THOR. Having worked on similar fare such as BLACK MAGIC during his heyday, this kind of storytelling was a comfortable fit for Kirby, and he threw himself into the seven-page story with gusto. His pencils, which we see here, are lush and complete, and there’s a feeling of more life and energy than was evident in a lot of his other super hero work at the same time, where he was consciously holding himself back from creating any new characters that Marvel could further exploit. But this one-off seems to have gotten his juices flowing, and the artwork here is extraordinarily good. But this is where the problems began for this particular story.

It’s difficult to say exactly why, but for whatever reason, while Kirby was incredibly happy with the work he’d done, editor Lee didn’t like the story. It wasn’t long before Kirby got a call from the Marvel offices (he was living on the West Coast by this time) telling him that the job was being rejected, that Lee had a bevy of changes and corrections that he wanted, and that they were sending it all back to him to make changes. This was another slap in the face to Kirby, but ever the good soldier, he got the boards back and began to do surgery on them, in some cases cutting up the physical boards in order to move panels around and change the trajectory of the tale.

For whatever reason, perhaps as a sop to Kirby knowing that he was interested in writing his own material as well as illustrating it, Lee recused himself from scripting the reworked version, and ironically it was Kirby himself who put words to the bowdlerized version of his tale. Even then, there were a number of places where final lettered copy was altered and adjusted by another hand after it had been lettered, presumably Stan’s–and not really to any good result.

For some reason, possibly a concern about the Comics Code, possibly a feeling that the character looked too similar to the villain Quasimodo who had been introduced a few years earlier in FANTASTIC FOUR, changes were made throughout the story to the central monster character (whom Kirby refers to as “Hunchy” in his border notes–the inspiration from the Hunchback of Notre Dame is unmistakable.) Marie Severin apparently made a lot of these corrections, though there are other hands in evidence on this story as well. Inker John Verpoorten may have been asked to make adjustments while he embellished the pages, too.

Anyway, by the time all of these changes were made, the story wound up seeing print in CHAMBER OF DARKNESS #4, a bit later than originally intended. It apparently was a job that, in the end, nobody involved with liked the final result–certainly not Kirby, who had his heart broken once more by the machinery of Marvel. And it does make one wonder why so much attention was lavished on a harmless short like this one in the first place–and destructive attention in the final analysis.

The entirely of this final page was discarded, and a new ending was crafted–one that more comfortably fit into Lee’s paradigm. He had used the “We were the real monsters all along!” ending for years at this point, and it’s a bit cleaner and more facile than what Kirby had done (though Kirby’s version does arc along similar lines.)

Jon B. Cooke was instrumental in uncovering the original version of this story, as recounted in an article published in the TwoMorrows magazine THE JACK KIRBY COLLECTOR #13

7 thoughts on “Lee & Kirby: The Desecration of CHAMBER OF DARKNESS #4” 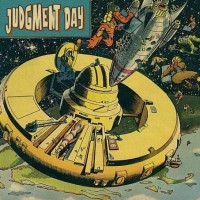 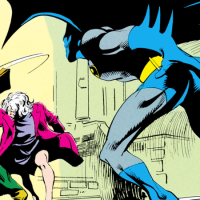