When I was a kid, Green Lantern was my second favorite super hero, right behind the Flash (just as he was right behind the Scarlet Speedster in those days, when his strip was a back-up in FLASH.) This despite the fact that somehow, the character conception is nonsense. Green lantern–it’s such a weird name for a super hero, but it’s been around for long enough that most of us don’t question it. And it was accepted not once, but twice–first during the Golden Age when teh original Green Lantern appeared in ALL-AMERICAN COMICS, and then twenty years later, when he was reinvented in the pages of SHOWCASE for a new generation. In any case, Green Lantern remained and remains a popular character in the DC stable, and so getting this early issue as a part of my Windfall Comics purchase in 1988 was most welcome. This wasn’t the only GREEN LANTERN issue that I got in that buy, but it is the earliest one.

GREEN LANTERN was produced by the same editorial office that generated THE FLASH, that of editor Julie Schwartz. it also shared a writer with FLASH, at least most of the time, that being John Broome. Together, Schwartz and Broome worked out the mythology of their newly-reinvented character over the course of many issues, borrowing concepts liberally from E. E. “Doc” Smith’s LENSMAN stories. This particular issue was noteworthy in the overall canon for the introduction of Green lantern’s most regular and most implacable enemy, Sinestro, the renegade Green Lantern. Although in this first appearance, the villain from Korugar didn’t yet possess his distinctive yellow Power Ring, that would give him abilities equal and opposite to Green Lantern’s own. Here, he was simply a disgraced former Lantern without any particular special abilities apart form his own intelligence and malevolence.

The big difference between FLASH and GREEN LANTERN visually came in the form of the artwork by Gil Kane. Kane was a contemporary of FLASH artist Carmine Infantino, and a bit of a rivalry existed between the two me. In fact, depending on who you ask who was around back then, the two men hated one another, an enmity that bubbled under the surface. Like Infantino, Kane’s work was slicked up by his inkers in order to get rid of some of the quirks in his style, a process which left him demoralized. He wanted to produce more kinetic images in the spirit of Jack Kirby, but in the conservative early 1960s, that’s something that his employers at DC wouldn’t allow. For Kane, it was like drawing in a straightjacket. But he did so wonderfully, leaning on composition and a facility for unique and inventive alien designs to give his pages some snap even back then.

GREEN LANTERN was also the most cosmic book in the DC line in this period, although that didn’t mean quite teh same thing as it would in years to come. Mostly, this meant that many of the plots involved otherworldly and intergalactic problems, situations worthy of the time of a space cop like Green Lantern. In this particular issue, the lead story even eschews the DC tradition of multiple chapters. There’s still a break here for house ads and public service features, like this great one for the well-remembered SECRET ORIGINS Annual, but the story resumes on the other side without the beginning of another chapter being started. This somehow gave it a more expansive flavor, a feeling that whatever was going on, it was too vast to be constrained by the usual rules.

The story is the sort of chaste-but-cool adventure that was typical of the Schwartz stable, and which Broome excelled at. It opens with every citizen in the city of Valdale spontaneously disappearing. Green Lantern was supposed to be making an appearance in Valdale at the time, but was diverted for an emergency. So he reckons that this was an attempt to capture him, so egocentric and narcissistic is he. But his energi-duplicate astral form is summoned to far-off Oa by his bosses, the Guardians of the Universe, who tell him that he’s correct. This is the work of Sinestro, the exiled former Green Lantern of the planet Korugar. When the Guardians became aware of his misdeeds with their Power Ring, they took it from him and cast him into the Anti-Matter Universe of Qward. There, Sinestro swiftly established himself as the most evil being in a universe full of evil, and he plots to capture Green Lantern and seize his Power Ring. He knows that Green Lantern’s ring will protect him from mortal danger, but he’s also familiar with its time limit and yellow weakness, having himself possessed one in the past. (Much of the opening “chapter” is devoted to laying out Sinestro’s history in great detail.)

In order to get himself into Qward, Green Lantern enacts the cover image, turning all of the inhabitants of Coast City temporarily invisible–Sinestro’s Anti-Matter teleporter will only work on visible beings, you see. Then, he makes himself bait, which the disgraced Lantern swiftly picks up. But Green Lantern has been overconfident, as Sinestro uses the 100,000 people spirited away from Valdale as hostages to compel his cooperation. Imprisoned within a golden bubble that neutralizes his Power Ring, Sinestro intends to wait for it to run out its 24 hour time limit and then kill Green Lantern once he can no longer fight back. How Sinestro intends to charge the ring at that point without a Power Battery is a mystery–presumably, he figured he could find where Hal Jordan had secreted his on Earth. Anyway, using a process that seems as though it violates the limitations of the Power Ring, Green Lantern propels the CO2 from his breath across the room to where the clock is, causing it to run fast. Then, when the Qwardians drop their yellow encasement once teh time limit is seemingly up, it’s a small matter for him to go to town on them all with the ring. He leaves Sinestro imprisoned in a similar green bubble, and makes his way back to the positive matter universe before his ring runs out of juice.

Next came a two-page letters page. Schwartz was a bit chattier and more off-the-cuff than usual this time out, letting readers in on some of the secrets why the DC books included the science fact pages and similar public service features. As opposed to FLASH, which tended to focus on science facts revolving around velocity, the ones in GREEN LANTERN tended to be more universal and generic–this issue includes a half-page segment on the difference between Infrasonic and Ultrasonic, surely something that was going to be on every fifth grader’s science test, and would help our nation beat the Commies to the moon.

In the same manner as in FLASH, most issues of GREEN LANTERN featured two stories. The first one was usually more of a blockbuster, whereas the second one focused a bit more on characterization or a more grounded situation. One gets the sense that Broome liked writing these sorts of off-beat human interest tales. This one begins with an almost comics situation, as Hal Jordan has a vivid dream about his Eskimo pal “Pieface” (It was the early 1960s, and still not teh most sensitive of eras) asking him to use his Power Ring to allow Pieface to fly. Without meaning to, Hal’s will-power activates his nearby Power Ring, which sends out a verdant beam which transforms the unsuspecting Pieface into a seagull–a very strange interpretation of that dream-request.

Pieface is supposed to meet his girlfriend Tegra’s incoming flight, so when he fails to appear, Hal as Green Lantern races to the airport. Which is good luck, as a bunch of criminals decide to hijack the plane that Tegra is still squatting on, refusing to get off until her Thomas appears. GL intercedes, but klutz that he is, he knocks himself out by banging his head into a seatback as the plane lurches. Fortunately for him, the Pieface seagull has been following along, and he somehow bursts into the plane and prevents the gunmen from finishing Green Lantern. (Heroic and all, but GL’s ring would still have saved him from mortal harm, even if the seagull hadn’t done this. The gull’s strange actions cause Hal to remember his dream, and assuming that’s the necessary clue, he turns the bird back into Tom Kalmaku once more. (One does wonder, if his supposition had been wrong, what would have become of a Pieface with the brain of a seagull.) The entire story is pretty dopey and silly, but it’s entertaining and well drawn, so there’s that.

Finally, the book closes with a half-page ad for the first BATMAN Annual, which I’ve reproduced in an earlier entry, as well as one last science facts page. This one includes a bottom strap line that indirectly takes a cheap shot at DC’s rival publisher Dell Comics, who had increased their cover price to 15 cents to disastrous results. But DC fans wouldn’t be smirking for long–that “Still 10 Cents” slug on the cover was a harbinger of things in the offing. While it didn’t happen right away, by the time of GREEN LANTERN #12, DC had been forced to follow suit and raise its own prices, though they went to the less offensive 12 cent level. 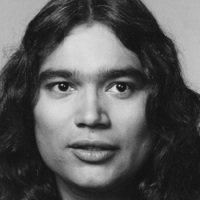 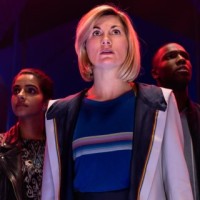 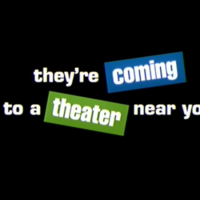 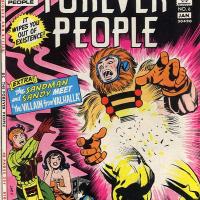 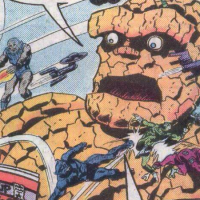 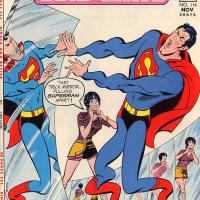