A post from my decade-back Marvel blog focusing on my methodology in editing a particular comic book story.

The month of December looks as though it’s going to be tough for blogging. I spent the latter part of last week on the West Coast for a couple secret meetings, and the end of this week and most of next week will be filled by editorial retreats of one sort or another, and then after that is Christmas. Which is all my way of saying that service may be more intermittent than usual around here for awhile. But it doesn’t mean I don’t still love you.

But for now, let me try to get one more content-filled blog entry done, to hold you in case the rest of the weed ends up devoid of substance.

Different editors work in different ways, in terms of how they approach the actual editing of the story in a given comic book. For example, as near as I can tell, Axel Alonso focuses the majority of his efforts on the initial full script–once he’s got what he considers his “master document”, the story is largely locked, and he’ll only make minor tweaks to adjust for vagaries in the artwork or issues of continuity in the final lettered book.

I tend to approach things slightly differently. And that’s not to say that my methodology is better or worse than Axel’s or anybody else’s–just that I can only speak from personal experience when I talk about this kind of thing.

For me, when I read the script (or the plot if we happen to be working in the traditional Marvel plot-art-script style), the place I’m really trying to get to is making the script drawable. By that, I mean that I’m concerned with the overall structure and pacing of the piece, but not necessarily with massaging every line of dialogue or text.

I do the bulk of my heavy lifting after the artwork is done, at the lettering stage. At this point, I’ve got something approximating the final comic book to look at, and I find it far easier to see what’s going to play on the printed page and what isn’t at this stage. So I do everything from adding in characters’ names if they’ve been left out to adding location captions if a transition doesn’t work, or shifting balloons around on the page to better guide the eye. In more extreme cases, I might rewrite some dialogue if a story point isn’t coming across, and in very extreme cases I’ve even been known to swap around the order of whole pages so as to make the book read better as a whole. (And as a part of this, I might call for an art or color correction if such is warranted.)

Typically, the writer in question will get to see the lettering as well, both so that he or she can read it over and make his or her own adjustment suggestions, and so they can see what I intend to do, in case they may have any objections or other ideas about how to accomplish the same goal.

The thing you need to keep in mind if you’re going to approach things this way is that it’s just about impossible to fix a major story structural problem at the lettering stage–so you need to be certain you’ve got them all licked before you give the go-ahead for the artist to draw. And quite often you’re borrowing against the future–leaving some problem of dialogue or plot substance to be repaired at the lettering stage because you don’t have the time to deal with it properly at the script stage, because the artist is waiting for something to draw. This will often come back to bite you in the behind when the lettering shows up, just as under-the-gun as the script was, and the same problem is staring up at you from the lettered pages. (Dealing with that problem is likely why you don’t have time to properly police the script for the next book you’re working on, and why you borrow against the future again!) 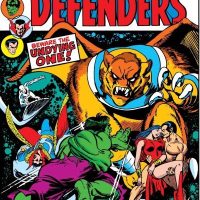 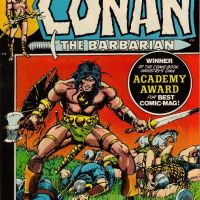 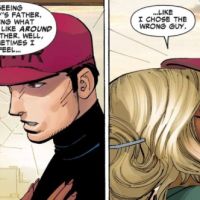 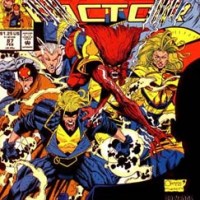