A post from my defunct Marvel blog concerning the reading order of the books tying in to Civil War.

No, I will not give you a list of what order the CIVIL WAR tie-ins should be read in.

The plain fact of the matter is that those books are designed to be read pretty much as they come out. Yes, there are going to be events that don’t quite line up between titles immediately (All of CIVIL WAR: YOUNG AVENGERS & RUNAWAYS takes place between two pages of an issue of CIVIL WAR, for instance–but I’m not going to tell you which two pages now, because I want to maintain the proper story suspense for both titles.)

I guess the expectation level with any crossover these days is that you’re going to need a chart to figure it out. And maybe I’m showing too much confidence in the readers–for example, I thought it was pretty straightforward how HOUSE OF M and SPIDER-MAN HOUSE OF M fit together, but I still get people complaining that they don’t.

But really: unclench. It’ll be fine. Read ’em any way you like–there isn’t a specific approved order. Nor can there be, because events in some of these books take place at the same time as events in others–and some of these stories take six issues to tell the events of 3 hours, where others take twelve pages to showcase the events of seven weeks.

And yes, we will make mistakes, because that’s the nature of the beast. We make mistakes when there’s only one comic book involved, and this project has something like 70 or 80 comics involved. But that’s okay, too–if you find an error like this, you can have the fun of pointing it out to the group and making us look like the chumps we are. (Just be sure that what you’ve actually found is an error–not like that guy who’s been posting everywhere about how outraged he is about the contents of the MS. MARVEL tie-in chapters, without having read anything more than a catalog solicit and making assumptions. Then you’ll just look foolish.)

Reading comics should not be work. Stop treating it as such. 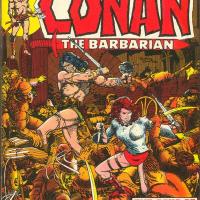 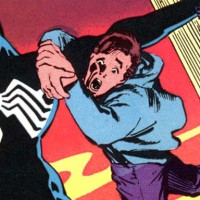