This was another book that I bought at Bush’s Hobbies, the hole-in-the-wall collectibles store that had a good stock of vintage comic book back issues, and which was not all that far from my home. I picked up this issue because I was interested in reading the Origin of the Justice League, one of the few vintage origins of the key silver age concepts that I hadn’t read. I had already consumed Steve Englehart’s later revision on this origin in JUSTICE LEAGUE OF AMERICA #144, but I wanted to peruse the real thing. That’s not exactly what I would get in this book as it turned out, but it became a favorite issue of mine regardless, for what it did deliver.

As you may know, during 1972 and a bit of 1971, DC had raised the size and the price of their releases, backing up the new lead stories with classic reprints. This move was supposed to make the DC books more appealing to retailers to stock, since they would generate more profit per unit. Instead, this was the moment where Marvel’s lower price of just 20 cents caused that underdog firm to surpass the giant that was National Periodical Publications in sales for the first time. Those reprints were typically confined to the back of the book, but in this story, the creative team chose to use a number of reprint pages in their recounting of the JLA’s origin, thus making this a 33 page epic story.

This story featured the closest thing to a Marvel-style villain the JLA would face in this era–Starbreaker. Starbreaker was a cosmic vampire in the Galactus mold–he absorbed the energy released from the destruction of stars and planets ad used it to enrich himself, both physically and financially. In the preceding issue, three Leaguers had journeyed to far-off Rann to aid Adam Strange in repelling one of Starbreaker’s avatars from decimating that planet. They were successful, but this just served to alert Starbreaker to the Earth’s existence Now, the League stands ready to confront the actual Starbreaker himself for the fate of the Earth. After a bit of recapping preamble, Starbreaker makes planetfall and Superman, Green Lantern and the Flash engage him.

But it’s no good. For all their mighty powers, Starbreaker knocks down the three League champions without breaking a sweat. To torture them further, he infects them and the rest of the League with waves of despair, that will make them unable to mount a resistance to his efforts. Back at the JLA Satellite, the effect is immediate, as the other heroes lament that if their three most powerful members couldn’t stop Starbreaker, what chance would they have against him? I liked Starbreaker a lot in this story–he felt like a legitimate threat. He didn’t get used again much, and when he did, the creative team that handled him changed him in ways I didn’t love. But so it goes.

In order to get the League’s mojo back, Hawkman suggests that they review their accounts of the JLA’s origin, hoping to tap into the spirit of cooperation and teamwork that first inspired the formation of the League. This is where the current team of Mike Friedrich and Dick Dillin began to share page time with the story from JUSTICE LEAGUE OF AMERICA #9 created by Gardner Fox and Mike Sekowsky. In that long-ago story, seven alien beings had come to Earth to compete to become the ruler of their native planet, each of whom raised an army by transforming the local citizens into copies of their particular life form. These actions caused the super heroes active at the time to battle the invaders one by one.

Individually, J’onn J’onzz, Aquaman, Wonder Woman, Green Lantern and the Flash each overcame one such alien, but as they moved towards the landing point of a second, they were all overwhelmed by its radiations and transformed into tree-creatures, the first soldiers in the Wood Alien’s army. Each hero was helpless to save themselves, but through a Rube Goldberg sequence of moves, each proto-Leaguer was able to help the hero standing next to him towards liberation, until Wonder Woman was freed enough from the spell to dispatch the Alien claimant with her enchanted lasso. Recovering from their ordeal, the quintet of champions headed for where the final Alien had come to Earth.

The heroes arrive just in time to witness Superman and Batman teaming up against the invader, a diamond creature whom Superman transforms into coal in the reverse of the process by which he would super-compress coal into diamond. Their spirits lifted, Batman thinks he may also have found the key to defeating Starbreaker in the recap they just witnessed. Or at least, in what happened the last time the League had reviewed these tapes. Then, when asked by honorary member Snapper Carr how he managed the feat with the diamond alien, Superman jokingly said that he simply rubbed him “the wrong way.” Batman suggests that since Starbreaker’s strength and power comes from the fear of his victims, perhaps they need to rub him the wrong way as well in order to gain the advantage. But before the League can cement a plan of action, a pillar of smoke plumes up in the center of their meeting room, out of which steps Sargon the Sorcerer. To Be Continued! Sargon had been a hero in the Golden Age of Comics, but writer Friedrich had used him as a villain in a recent Flash story. So what his role in what came next was going to be was anybody’s guess.

This issue of JUSTICE LEAGUE also included on its two-page letters page that year’s Statement of Ownership, which gives us a snapshot into how well the title was performing in 1972. Here we learn that the book was selling 219,767 copies on a print run of 400,000, giving it a respectable efficiency of a hair under 55%. That’s the best percentage we’ve seen for any title that we’ve run across the Statement of Ownership for, and more in keeping with the sort of return that publishers needed in order to make genuine money on comic books. Sadly, by 1979 when I was reading this issue, those efficiencies in the mainstream were pretty much a thing of the past. 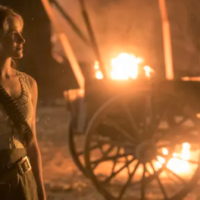 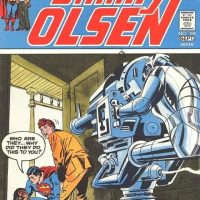 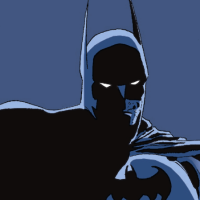 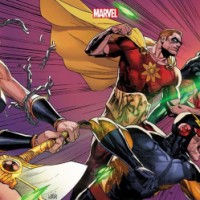 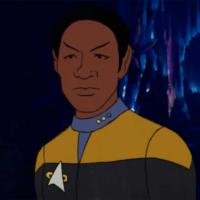 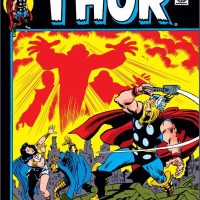 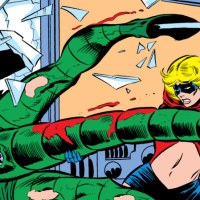