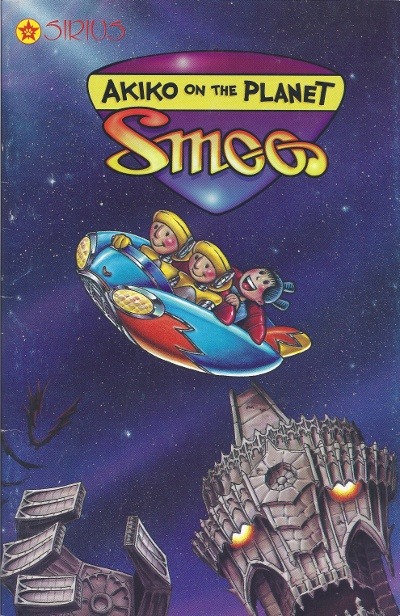 AKIKO ON THE PLANET SMOO
December, 1995

My favorite currently-published comic book is Mark Crilley’s AKIKO. An imaginative contemporary fairy tale, AKIKO follows the story of grade schooler Akiko, who’s summoned to the far-off planet of Smoo, where she becomes embroiled in one crazy adventure after another. Despite how it sounds, it’s not completely light-hearted stuff–there’s some genuine horror and suspense along the way. But it’s just intense enough to give the series an edge, without making it impossible to conscionably give to a kid.

Crilley’s cartooning is sharp, and has only gotten better since this first one-shot was published in 1995. Beyond that, he’s exceedingly dependable–there have been 40 issues of AKIKO published since this one (and probably more by the time you read this.) The work is imbued with the same spirit of high adventure that made STAR WARS the fantasy saga of a generation.