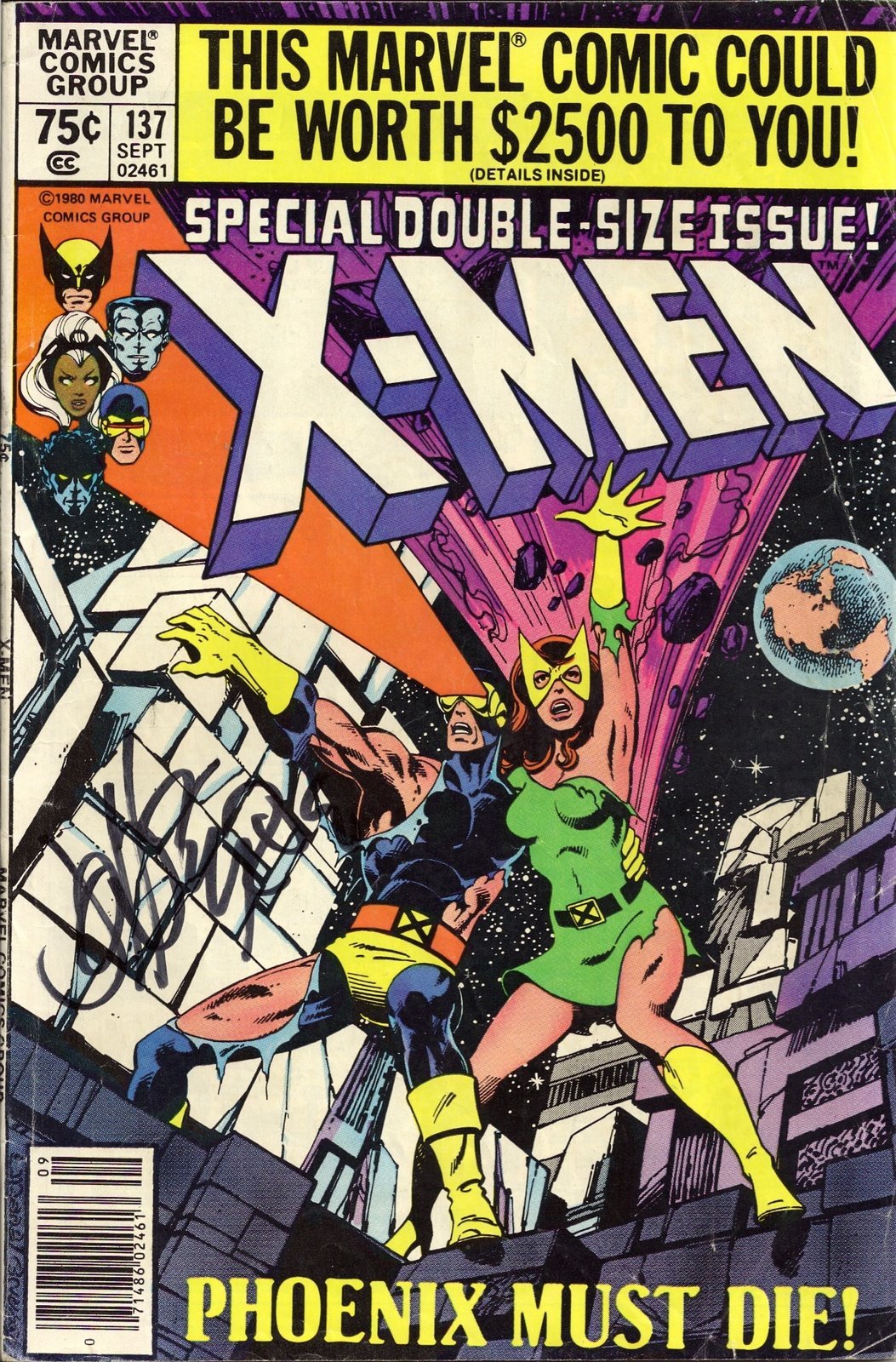 More has probably been said and written about X-MEN #137 than virtually any other comic book of the period. And every word of it is true. More than any other single issue, this story made X-MEN the unrelenting sales juggernaut it continues to be to this day. It’s never been topped.

I don’t know if the X-Men fans of today can really appreciate this story, since so much that’s come since has in one way or another been because of it. (Not to mention the fact that this story was done back when the X-Men were still super heroes, as opposed to whatever the heck they are today.) The death of Jean Grey completely rewrote the rules about what could potentially happen in any Marvel Comic. And yes, I think it was a terrible mistake to have brought her back–but that’s water well under the bridge at this point.