Here’s another comic book that I got in that Windfall buying experience, a book I paid 33 cents for in 1988. Rather than plow through all of the issues of ACTION COMICS that were in that horde–which seems as though it would get boring and repetitive quickly–I’m instead going to jump around a bit, work my way down the alphabet. And so another series for which I wound up with a couple of issues in that lot was ADVENTURE COMICS. The series had ceased publication by 1988, but it was one of the longest-running of the DC titles, and when this issue first saw print, also one of the best-selling thanks to its lead feature.

That lead feature, of course, was Superboy. I suspect that we may all have given too much adult thought to Superboy over the years, to the point where it’s become a challenge to keep a series with that name afloat. Or maybe that’s simply down to the changing tastes of the audience. And I get the idea that there really can’t be much survival expense in a Superboy story, since we know that he grows up to become Superman. But that doesn’t change the fact that Superboy gave creators a chance to tell a different kind of Superman story, with a younger and less-seasoned Man (Boy) of Steel in a small town setting. These stories tended to be charming, and like most of DC’s fare in this post-Comics Code period, they tended to be concerned more with solving a problem or a mystery than with overpowering a deadly foe.

This particular adventure was written by the Metropolis Marvel’s creator, Jerry Siegel, and drawn by long-running Superboy artist George Papp. I confess to not being a huge fan of Papp’s work. He always told the story cleanly and directly in the textbook-diagram style preferred by editor Mort Weisinger. But his figures were often stiff and lifeless, and by the 1960s his characters felt a bit like they belonged to some earlier era (which was particularly a problem when he segued over to drawing the futuristic Legion of Super Heroes series.) The first half of the story leads up to the cover moment, with Krypto performing a series of strange “pranks” for unknown reasons, including tearing off Clark Kent’s shirt right in front of Lana (Woo!) revealing his Superboy costume underneath.

Of course, as Superboy discovers as he pursues his misbehaving pooch into space, this isn’t actually Krypto at all, but a strange alien protoplasmic blob impersonating him, doing the dirty work of Kosmon the Hunter. Kosmon has a zoo filled with specimens from a dozen worlds, but what he really wants to fill out his exhibit is a Kryptonian, and so he captured Krypto and used the protoplasm creature to lure the Boy of Steel to him. Bad move all things considered, as the Boy of Steel is able to escape with the help of the Protoplasm, and once he gets the better of Kosmon, the hunter promises never to return. And Krypto assists in a series of far-fetched rationales for Lana as to how and why Clark Kent was wearing a Superboy costume so that his identity remains a secret. It’s all relatively low stakes stuff, but the emotional core of the piece is a boy being betrayed by his faithful dog, and that still resonates. Nuggets such as that is why these books were so popular with a widespread audience–even a young child could understand a beloved pet turning against them.

Like virtually all of the DC titles of this period, this issue of ADVENTURE COMICS has multiple stories and features. Next up is a 2/3 page filler humor strip–these were ubiquitous in the comics of the time–topping off another of editor Weisinger’s Coming Super-Attractions ads. These ads are really fabulous and do great job of making a reader want to check out those stories–I definitely want to read “Superman Punishes Supergirl” It’s interesting that Weisinger, as opposed to the other DC editors of the time who would show off upcoming covers in their ads, favored and leaned on story content rather than arresting visuals to hook readers into buying his releases. The fact that he could do this so successfully month after month points to the strength of his approach.

The back-up stories only ran for 7 pages or so each, and so by necessity they were very plot-focused. The next entry in this issue is this Aquaman tale, in which a girl gains the same aquatic powers as Aquaman and attempt to become his partner. But dumb girls aren’t good for anything and so Aquaman has to correct her mistakes until her powers eventually vanish. But it turns out that she was really a citizen of Atlantis all the time, despite the fact that she’s now somehow an air-breather, so the joke is on her twice. This myogenetic bit of fluff was written by Robert Bernstein and illustrated with great charm by Ramona Fradon.

Next came the letters page, the Smallville Mailsack, which Weisinger had instituted a few years before, the better to gauge the tastes of his audience. You can tell just by reading it that the average age of these letter writers seems to be quite young, and it’s likely that a few of these letters were cleaned up a bit in the editing to make them publishable. It’s also clear that Weisinger, as “Ed.”–has fostered an environment in which the readers attempt to catch him out on story discrepancies, which he typically weasels his way out of–as in the case of the last letter printed here.

Finally, after another filler page, the issue closes out with an adventure of Green Arrow and Speedy. it’s a particularly interesting story in that it acknowledges other characters in the DC pantheon in a way that wasn’t typical at the time. It opens with the duo receiving a congratulatory message from Batman on a recent case–a message that causes Speedy to wonder why GA doesn’t have a cool signature emblem like the Gotham Guardian. (Let’s face it, the GA of this period swiped just about everything else from the Masked Manhunter…) To address Speedy’s concern, GA decides to make some new green arrowheads carved from stone that can serve as their trademark (though–weren’t his arrows already green?) But every time he uses one, strange things happen–it flies off and buries itself in a nearby river, or spontaneously combusts. Surely you can see where this is all going, right?

Yep, that’s right! Green Arrow had inadvertently carved his new arrowheads out of Kryptonite from a recently fallen meteorite, and Superman has ben dispatching them from afar all along so that they wouldn’t pose a threat to him. Why the Man of Steel didn’t help out with any of the crooks Green Arrow was attempting to capture while he was doing so remains a mystery–maybe he didn’t want to injure GA’s pride that much. Green Arrow ends up dumping the new signature arrowheads to safeguard the Man of Steel’s well-being, and everybody goes home happy–especially, presumably, Batman, whom I assume was behind Superman’s interference in the first place in order to teach Green Arrow a lesson: hands off the bat! This one was also written by Robert Bernstein with straightforward artwork from Lee Elias. 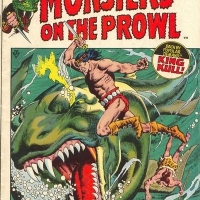 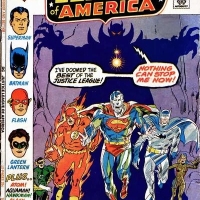 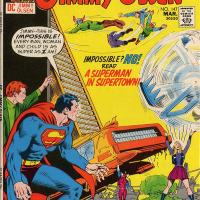 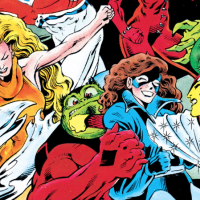 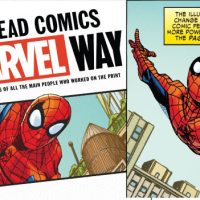 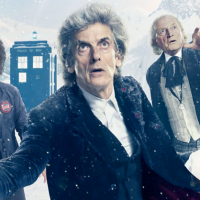 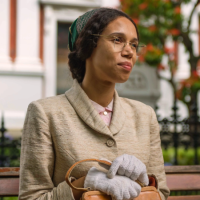 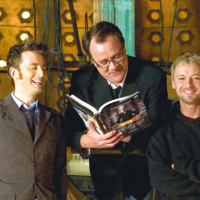 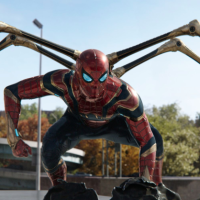 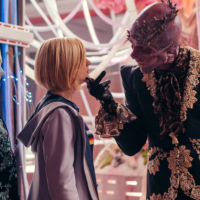