Her is another book that I got from my childhood friend Donald Sims during one of our frequent comic book swaps. As soon as I laid eyes on it, I wanted it. The cover knocked me for a loop. I had seen the cover to X-MEN #1 in SON OF ORIGINS OF MARVEL COMICS as my first exposure to the X-Men, so I was immediately aware of the reference that artist Dave Cockrum was making here. But like the updated version of the FANTASTIC FOUR #1 cover that John Buscema crafted for FF #126 (which was later used as the basis for the Power Records Fantastic Four release) this piece isn’t a direct swipe but improves on the original in a number of ways, while still retaining its familiarity. For example, twisting magneto’s figure at the waist so that we can see more of his face and expression is a great move on Cockrum’s part. I was enthralled by it from the get-go. This was still right at the cusp of the point where X-MEN back issues began to skyrocket in price (not that Sims and I had any place to take notice of this, as there were no local comic book shops known to us) so the issue wasn’t considered any more or less valuable to us than any other, for all that it would soon monetarily begin to be more highly valuated.

I was still at a point where I was working out the particulars of these All-New, All-Different X-Men, having read only three or four other issues prior to this. But I will say that I liked them from the start–and a lot of that has to come down to the skills of Dave Cockrum, here inked quite well by Sam Grainger. Cockrum was the best, most forward-looking costume designer of the 1970s, and he brought his skills to the fore both on Legion of Super-Heroes, on which he worked before coming to Marvel, and on the new X-Men. These are great-looking characters, and Dave’s visualizations are still the basis for what is done with them today. Cockrum’s biggest drawback is that, as an artist, he was on the slow side, so at this time X-MEN was only coming out bimonthly. This kind of makes the decision to make every issue a component of a larger multi-part epic a bit of madness–but the title definitely benefitted from it. From my vantage point, I assumed that everything there was to know about these new X-Men had been established in earlier stories, even when that wasn’t the case, and so I was always delighted to find out some new nugget of information about them–often heedless of the fact that it was new to all of the readership, not just me.

The other half of the X-Men equation was the increasing skills of writer Chris Claremont. Chris was still a journeyman at this point, still figuring out his voice and what to do on the page, but he possessed boundless enthusiasm for the stories he was working on and was among the most gregarious of partners with his artists (though not all of them would wind up enjoying their interactions long-term.) Chris was at this point largely content to let Cockrum take the lead in terms of the overall pacing of the series, while using copy to delve deeper into the inner lives of his characters. It was a potent mix, and one that got better and more assured with each issue that Claremont and Cockrum produced together. X-MEN wasn’t really on anybody’s radar when it switched back to doing new stories–it was a dead series that had a few hardcore fans but wasn’t expected to be exciting anyone. But by channeling the zeitgeist of the time (you could always tell what Claremont had been reading or watching because he’d so often pull inspiration from all around the pop culture world surrounding him) X-MEN climbed slowly but steadily into the most popular series in fandom completely on the back of the effort the creators put into it. No easy or simple feat–but these books, even early on, were just a lot sharper than much of the rest of what was coming out from any company.

As seen above, Cockrum was really the person who made Magneto seem like a formidable enemy again, after years of him being portrayed as a second-rate stooge, a moustache-twirling figure without the real power or courage to back it up. But in this issue, right from the start, Magneto is treated as a figure to be reckoned with, and he takes the New X-Men apart with laughable effort. This is still years before Claremont would add nuance to Magneto’s character by deciding that he had been a victim of the Holocaust (a revelation that, honestly, doesn’t really fit very comfortably with the Nazi-styled trappings he often earlier was a part of) but it did a ton in terms of restoring Magneto’s position as a genuine A-list bad guy–and a follow-up story by Claremont and then-artist John Byrne a couple of months later sealed the deal.

The issue opens with the New X-Men, having been separated from Cyclops in prior issues, heading to Moira MacTaggart’s island laboratory in response to an urgent summons. As they head out in a borrowed hovercraft, they are attacked from afar and the boat destroyed (it was a running gag at this point that every time the X-Men would use a ship of any kind–aircraft, boat, spaceship–it would swiftly get destroyed.) Not even sure who it is who is attacking them and not able to see their opponent, the neophyte X-Men fight back to defend themselves, eventually bursting into Moira’s complex where they are confronted by Magneto, the X-Men’s first and most regular enemy. In his last appearance in a DEFENDERS story, Magneto had been regressed to childhood. Now, the new X-Men’s mysterious foe Erik the Red, who had been pulling strings behind the scenes for several issues, had used his super-science to restore Magneto to his proper age and power, and set the Master of Magnetism to destroy these upstart new X-Men. This is something that Magneto is only too happy to do–for all that he’s never met these guys before, he’s got a long-standing beef with the very concept of X-Men, as well as a need to test his restored powers.

While all of the characters give a good accounting of themselves, this battle is a rout, as Magneto roles over the new X-Men without even breathing hard. It doesn’t hurt that two of the new members, Colossus and Wolverine, have powers based around metals that Magneto’s abilities can affect from afar, putting them at a huge disadvantage. Meanwhile, Cyclops and Moira make their own way to the island to link up with the X-Men, finding a battered Jamie Madrox along the way who warns them of Magneto’s return. Cyclops reasons that this battle with Magneto is a distraction to prevent the X-Men from rejoining Professor X,, and so he enters the fight, his own power and skill the only thing that enables the X-Men to regroup. But rather than pressing their attack, Cyclops orders the team to retreat–they need to get back to the X-Mansion and intercept Erik the Red before he can strike at Professor X, this battle with Magneto serves no purpose. As was typical in this time period, Wolverine isn’t happy with being forced to retreat, but as was also common, he follows orders and goes along with it, albeit unhappily.

As the X-Men race off, Magneto glories in his victory–and a number of subplots are set up, one of which wouldn’t pay off in any meaningful way for close to twenty years. As the X-Men flee, Wolverine notices that their old sparring partner Dragonfly of the Ani-Men, has broken out of holding on Muir Island. Clearly Cockrum had something in mind for her (or just liked her design) but it wouldn’t come to fruition for decades. More important from an X-Men point of view s that as Magneto takes his leave, we see that the containment chamber holding the mysterious Mutant X has been breached. Mutant X would wind up being Proteus and battling the X-Men some twenty issues later. Elsewhere, in space, we drop in on two new characters, Corsair and Ch’od, but who they are remains a mystery for another time. What is important is that Lilandra, the woman Professor X has been having prophetic dreams about for several issues is nearing Earth, but being pursued by a much larger and more powerful Imperial Cruiser in a sequence that indicates that both Chris and Dave had seen STAR WARS. Finally, as the issue closes, Erik the Red and his two brainwashed catspaws Havok and Polaris look down on an unsuspecting Professor X at Jean Grey’s midtown apartment (one she shared with Misty Knight from IRON FIST because Claremont couldn’t help but to entangle all of his characters and stories) and prepare to strike. To Be Continued!

The letters page this time out includes a correspondence from Jo Duffy, who was one of the more vocal fans of the All-New X-Men at the time. Not long after this, she would join Marvel’s staff as an editor and writer, shepherding long writing stints on POWER MAN AND IRON FIST and STAR WARS, among other things. Additionally, the title got its first Statement of Ownership since it became an original series again, which gives us a snapshot as to how well the series was performing in 1976, one year in. The book was moving 135,031 copies an issue on a print run of 248,507, giving the book an efficiency of just over 54%, a pretty strong number for that year. You can see why Marvel was anxious to increase the title’s frequency to monthly, though this wouldn’t happen until Cockrum departed in favor of Byrne. 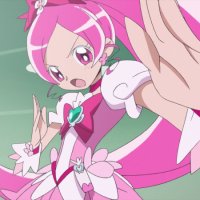 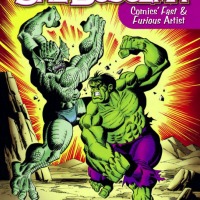 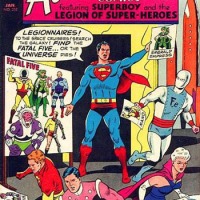