I continued, as opportunity and funds allowed, to explore the Marvel characters whose exploits I had enjoyed in the SON OF ORIGINS OF MARVEL COMICS volume I had read at my local library. The next of these that I picked up was DAREDEVIL, here celebrating his landmark 150th issue. This was a pretty decent place to come into DAREDEVIL as it turned out–Frank Miller had yet to make his character-defining appearance but already the stories were starting to shift away from bright Spider-Man-style heroics towards something a little bit darker and more grounded.

The artwork for DAREDEVIL was being done at this stage by Carmine Infantino and Klaus Janson. I had loved Carmine’s work on the Flash back in the Silver Age, but his work had grown more stylized and abstract over the years–some of this was due to the reduction in size of the original art boards around 1968–some artists were able to more easily adapt to the new smaller size, and some weren’t. Carmine, with his expansive vistas, was one of the latter. But here, he was perfectly balanced by the gritty, textured inkwork of Klaus Janson, and the end result was pretty good-looking. Klaus had been inking the series for awhile, over Gil Kane and Bob Brown, among others, and his style became the signature look of DAREDEVIL

Jim Shooter was writing DAREDEVIL at this point, and doing a very fine job of it. The issue opens with Daredevil, on the trail of the Purple Man who has framed his girlfriend Heather Glenn’s father, finding instead a stand-off between police and a young gunman. Daredevil chooses to go in alone and confront the confused and upset young kid, disarming him while also admonishing the cops who wanted to shoot first and ask questions later. Exhausted, he heads back to Matt Murdock’s digs for a quick nap before he has to represent Maxwell Glenn in court.

Passing out at home, Matt has an elaborate dream about the trial to come, one that both recaps the situation: that the Purple Man used his mind control abilities to make Maxwell Glenn commit crimes, and even to believe himself wholly responsible for them.One of his victims, Debbie Harris, suffered such trauma that she cancelled her engagement to Foggy Nelson. In the dream, Matt is forced to call Daredevil to the stand as a witness, and Daredevil unmasks himself when cross-examined by District Attorney Tower. But the whole trial is being manipulated by the judge, who is actually the Purple Man himself. Matt wakes up in a sweat, having missed the court date, with Foggy bawling him out for it over the phone.

While he’s in hot water with everybody, the sleep has done Daredevil’s mind a world of good, and he feels refreshed as he heads out into the night in search of Killgrave’s trail. But his radar-sense detects somebody following him, and he moves to confront the stalker, thinking him perhaps an assassin sent by another of his enemies, Death-Stalker. The figure identifies himself as Paladin, whom Daredevil recognizes as a mercenary gun-for-hire. Paladin tells Daredevil that DD may have information that Paladin’s employer needs, and that he’s willing to fight to get it. And so a scuffle breaks out between them.

The fight carries the duo into the YWCA, where a pair of ladies are preparing to turn in for the night. Putting the battle on hold, Paladin charmingly engages the two women, flirting with them shamelessly. Having calmed them down, he and Daredevil stroll sedately out to the street, where Paladin suddenly makes a move for his discarded ray gun. But Daredevil is too fast for him and snatches it up himself. Now, the two men talk, with Paladin revealing that he had been hired to find and bring in the Purple Man, and figured that Daredevil might lead him to the felon. A truce declared between them, Daredevil heads out once more into the night.

Back at home after a brief interlude between Heather Glenn and her imprisoned father, Matt has decided that he needs to reveal his true identity as Daredevil to Heather, as he’ll very likely need to unmask at Maxwell Glenn’s trial as in his dream. As Heather pulls up to her apartment where Matt is waiting, the phone rings–and as she steps through the door to where an unmasked Daredevil stands, the voice on the phone identifies itself to Matt as the Warden at the prison, and tells him that Heather’s father committed suicide shortly after she left. To Be Continued! 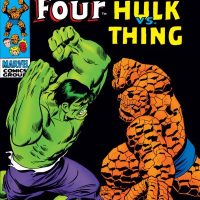 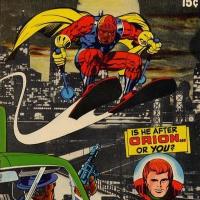 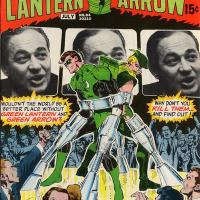 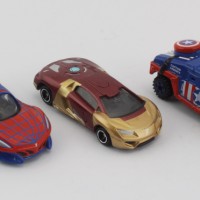 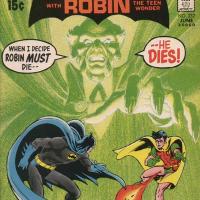 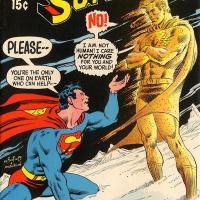 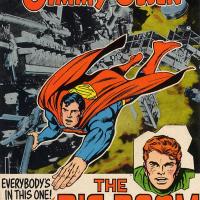