Now here’s a favorite comic of mine, and the one that was responsible both for making me realize that it was an actual job that real human beings had to make the comics that I was reading and me determining that this was what I wanted to do. From this point on, I began making my own comics, crude little things at first that were just a single piece of typing paper folded in half to create a cover and three pages. But it was a start.

The reason for all of this new activity is that Cary Bates, the writer of this story, actually himself guest-stars in this issue of THE FLASH. While traveling to a school reunion in Athens, Cary passes through a dimensional rift and finds himself on the streets of Central City (which, presumably, is in Ohio in the DC Universe.)

For all that this is a pretty unbelievable story throughout, perhaps the most unbelievable part is that, when Cary is pulled over for speeding, the cop recognizes him as the famous writer of the Flash comics. It’s not as though these moments don’t happen in real life, but still, this is a bit of a stretch.

Cary quickly comes to realize that the Flash story that he had been plotting in his mind while on the long drive is actually playing out in real time in front of him, as the Flash and his old foe (but new to me) the Trickster go at it.

So Cary resolves to help. He makes his way to the home of Barry and Iris Allen, where he startles the couple with the revelation of Barry’s true identity as the Flash. Barry and Iris are unbelieving until Cary accosts Barry, triggering his costume-ring and releasing the compressed Flash costume contained inside.

Once they get on the same page, Cary and the Flash join forces. After some false starts, Cary stakes out a particular Bank, and then “plots” the Trickster robbing it. And sure enough, the villain does! A quick cal to the Allen household, and the chase is on!

In typical colorful fashion, the Flash disarms the Trickster by pulling him through an active car wash. And then, the danger passed, Cary says his goodbyes and fades back into the mists, returning to the real world. The whole story is a spiritual successor to “The Flash–Fact or Fiction”, the first Flash story Cary Bates ever sold, in which the Flash comes to our world and needs Julie Schwartz’s help in order to get home. Either way, I found it illuminating. The art is a typically fine job by Irv Novick, here inked with mixed results by Tex Blaisdell.

The back-up finishes the tree-issue refutation of Green Lantern eating magic mushrooms. Picking up where the previous part left off, with campers in danger in the middle of a raging forest fire and Green Lantern behaving erratically, we immediately cut to the two aliens responsible for these events. They need to get GL out of the way if they’re going to be able to conduct their unmentioned evil experiments upon the population of the Earth.

Despite his handicap, the Lantern goes to the rescue of the campers. When they’re safe, he threatens them with the Power Ring as well, but he’s already given the ring a command to hold him helpless until it runs out of energy, so that he won’t be able to harm anybody else. The clock ticks down, the ring loses its charge, and then the campers are revealed as the aliens in disguise, waiting for GL to be powerless before them.

But even without his Power Ring, GL isn’t helpless, and he opens up a can of whoop-ass on the two dumpy, vaguely Sontaran-looking aliens, then prepares to contact the Guardians in order to get his malfunctioning ring repaired. It must be said, this was an incredibly long way to go to disavow a story that didn’t really need disavowing in the first place.

Inspired by this issue, and now understanding what the letters page was all about, I sent a letter to Flash-Grams speaking of my desire to become a comic book creator. They sent me back a nice little packet which included a version of the DC FAQ-Sheet above as well as a few of Joe Kubert’s “So, You Want To Be A Cartoonist” how-to sheets. Also, the announcement that the following issue of FLASH would be a 100-Page Spectacular galvanized me into action, and with some birthday money, I sent away for a subscription to THE FLASH. This was one of only three subscriptions I’d ever have (JUSTICE LEAGUE and FANTASTIC FOUR were the other two) and I would maintain it for many years hereafter. 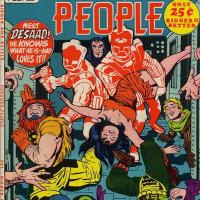 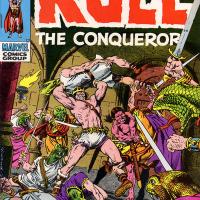 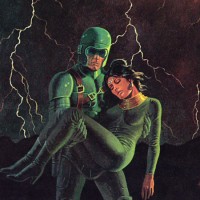