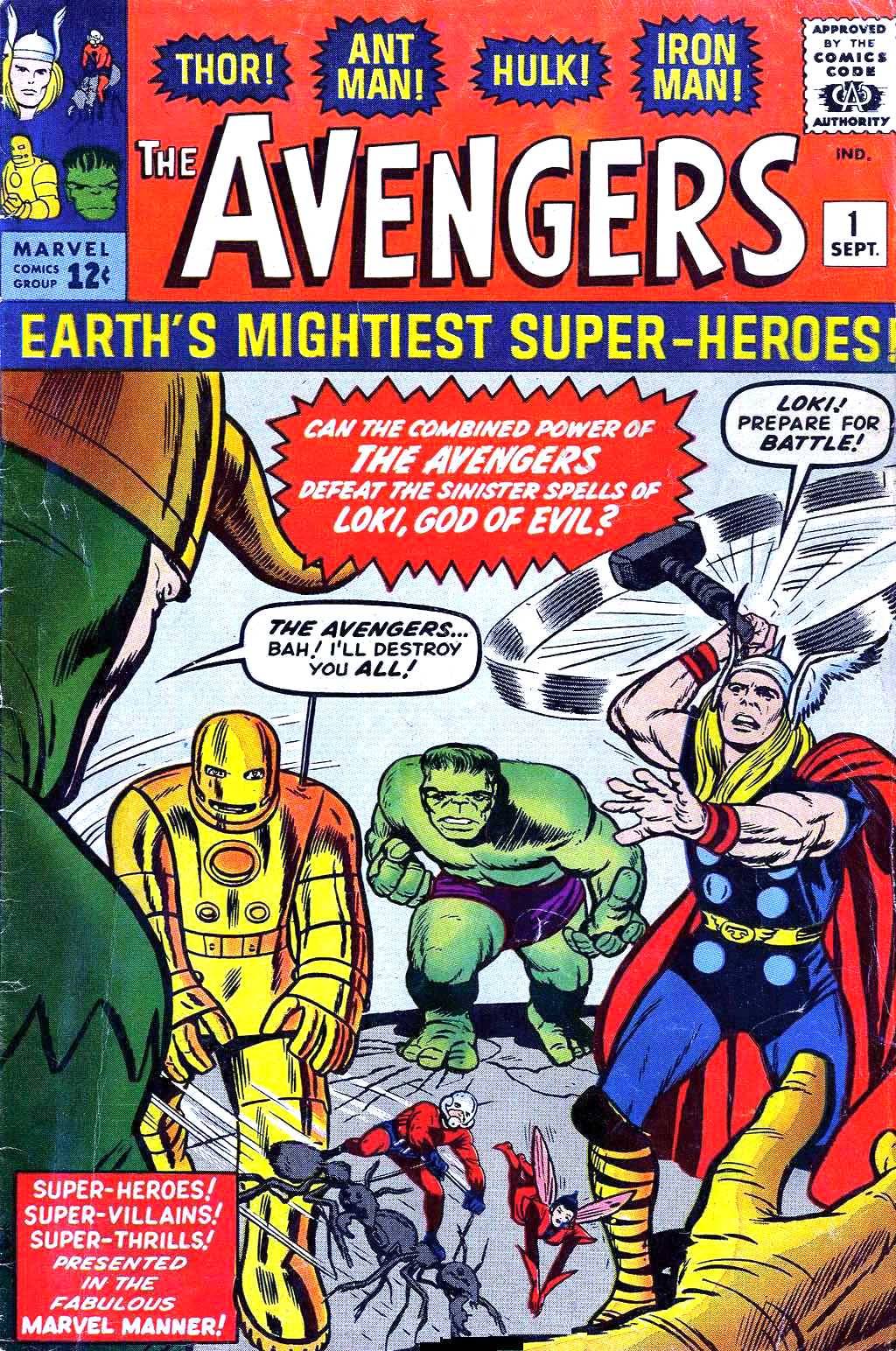 It was the fall of 1997, and I had journeyed out to Long Island Comics looking for, I believe, issues from the Jack Kirby-created run of The Losers in OUR FIGHTING FORCES when I came across this affordably-priced copy of AVENGERS #1. Given that I was preparing to send my own AVENGERS #1 (volume 3) off to the printers at about that time, I took it as an omen, and splurged on this slightly-weathered copy. Cost: $95.00–though, with my practice of matching the dollars I spend on comics with contributions to my savings account, I actually spent $190.00 in a way.

More than any other comic, I think AVENGERS #1 truly signaled the beginning of the unified Marvel Universe. Certainly, a couple of characters from various mags had encountered one another before this, but those were scattershot one-off pairings. Here was an ongoing series devoted to the adventures of your favorite solo stars, united as a team–including the Incredible Hulk, who had seemingly gone into comic book limbo several months before. The difference between the Marvel approach of the period and that employed by DC in titles like JUSTICE LEAGUE OF AMERICA was, ultimately, that one person was writing pretty much all of the series the characters came from, and thus was able to create a feeling of consistency and continuity between the assorted titles.